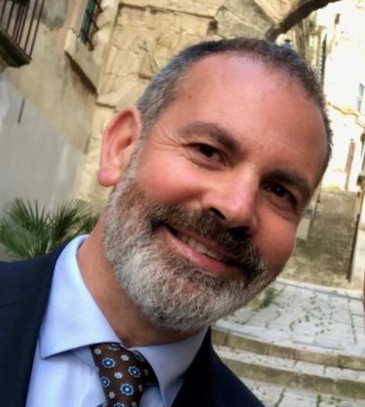 1991/92 - Laurea Degree in Agricolture Science, University of Catania. In the same year gained the licence to practice as an agronomist.

1997 - PhD researcher in “Zootechnical Science” discussing the thesis entitled “Research on influencing factors regarding the ingestion of milk-sheep grazing in a semi-extensive system”.
2000 - Research fellow of one year at the Department of Agricultural, Agrochemical and Animal Production Science, faculty of Agricultural Science of Catania. Title of the project “Characterization of germplasm of local Sicilian breeds and herds of agricultural animals and evaluation of their biodiversity and of their dairy products”.
2001 - Full time Resercher in scientific section AGR/17 at the DACPA at the Faculty of Agriculture at the University of Catania.
Following graduation participated in various courses post lauream in statistic methodology and in molecular biology.
2001-2014, Professor with a temporary appointment in "Animal Breeding and Genetics" at Agricultural Faculty of the University of Catania. He teachs "Animal breeding and Genetics" in "Agricultural Science and Technology" and in "Agricultural and Technology Science in the tropical and sub-tropical environment".
Competence in animal genetic resources: it is attested by the educational work and the research activities.
He takes part, as coordinator or partner, in national and international research projects. He is co-author of more than 94 scientific publications.
He is member of ASPA (Scientific Association of Animal Productions).
Since 1995, he carried out researches on biotechnologies applied to animal genetics, also through proteomic approach. Particularly, he studied the milk protein loci of bovine, goat and donkey species. He focused the interest on genetic characterization of animal breeds and populations, by means of microsatellite markers, with the aim of assessing the genetic variability and assisting the breeding selection. With the aim of evaluating genetic variability of animal resources she also used SnPs markers belonging to milk protein loci in goat and sheep. He characterized the milk protein fraction of non-bovine milks, such as goat and donkey milk, also by means of proteomic approach, in order to highlight the protein polymorphism, potentially associated with hypoallergenic properties. Recently, he gained experience in DNA sequencing of milk protein genes and mtDNA, with the aim of obtaining information on the origin of Sicilian horse breeds and populations.
He attended several national and international congresses.
He takes part, as coordinator or partner, in national and international research projects. He is member of ASPA (Scientific Association of Animal Productions).

Responsible for the Di3A Department of the POT SISSA project (2020)

Member of the research doctorate in Agricultural, Food, and Environmental Science

Member of the department Giunta

He is co-author of over 100 scientific publications.

He is a member of the Scientific Association of Animal Production (A.S.P.A.).

- REDSUS Project Regione regione Siciliana PSR 2014-2020 Misura 16.1. "Improvement of the profitability of the breeding of the Nebrodi Black Pig with investments in animals and products in compliance with animal welfare and environmental sustainability