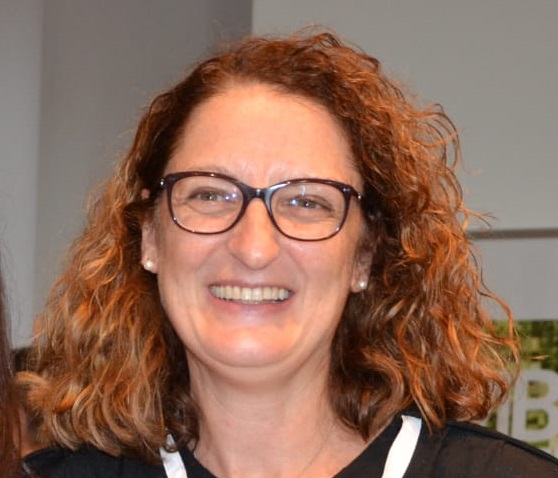 In the academic year 1989/90, she graduated cum laude from the Faculty of Agriculture of the University of Catania with a degree in Agricultural Science, having chosen the Technical – Economic specialization.
In February 1995 she was awarded an annual grant for research training on the theme “Experimental Enquiry into Erosion Assessment and Control” in the framework of the Sicilian multi funded Operative Program (Programma Operativo Plurifondo Sicilia [P.O.P.]) 90/93 and participated in the research activities of the Institute of Agricultural Mechanics.In October 1996, she won a competition as researcher in the Agricultural Mechanics G05B disciplinary group (currently Scientific sector AGR/09 - Meccanica Agraria), taking up her post at the Institute of Agricultural Mechanics of the University of Catania on 27th December 1996. With D.R 6863/R of 06/03/2000 she became a permanent researcher at the University of Catania. In 2018 she obtain the qualification as associate professor. In the year 2021 she became Associate Professor in Agricultural mechanics.

Since the academic year 2005/2006, she has been a member of the Academic body responsible for the PhD in “Agricultural Engineering” based at the University of Catania. She has been tutor for some PhD students and temporary research workers.

In 2011 she was elected representative of the researchers in the Department Board.

In particular, in the context of the project “Mechanical distribution of arthropods for biological control in protected crops” (PRIN 2004-2006 project financed by MIUR -Italian Ministry of Education and University) a “Prototype for natural enemies distribution” has been realised. She is holder of a national (n. 0001378947) and international (USA) (n. US 8,016,169 B2) patents for this machine. The national patent was awarded in the PROVARE PON 2000-2006 project of the University of Catania.

She has dealt with the following topics, in particular: