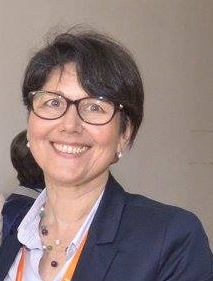 Professor Gaetana Mazzeo, graduated from the Faculty of Agriculture of Catania in 1986, received the title of Doctor of Philosophy in Agricultural Entomology in 1994. As Associate Professor, she has held numerous teachings, including "Protection and functional role of animal biodiversity" (Master of Science in land conservation, the environment and landscape of the Faculty of Agriculture). Currently she holds the courses "Beekeeping and bee products" (Bachelor's Degree in Food Science and Technology) and “Pest management of artropod parasites of forest, wild area and landscape plants” (Master's Degree in Territorial, environmental and landscape protection).

She has participated in national and international research projects, such as the Project “Bee, Honey, Environment (AMA)” (MiPAF), in which she dealt with aspects related to the study of the diversity of Apoidea in natural and anthropic environments, in Sicily, through the census of anthophilous insects present on the flowers and the application of indexes of diversity. Particular attention has been devoted to the study of Apoidea of protected natural areas, as part of a project carried out in the Etna Park. The project studied the anthophilous insects visiting the pioneer vegetation present in the study area and evaluated the behavior of Apis mellifera L. in difficult climatic and soil conditions, as well as the possible presence of sources of pollution. These issues are also addressed in the context of cooperation in Beenet project, which aims to establish a network of monitoring to assess the state of health of the bees in the anthropic environments.
Professor Mazzeo is responsible for scientific research projects related to the apidology: such as the project "Re-introduction and conservation of endangered subspecies Apis mellifera siciliana (Dalla Torre, 1896) – APESLOW”, concerning the possibility of reintroducing the subspecies native to Sicily. Within this project aspects of the etiology and biological characteristics of the Sicilian subspecies are studied. Currently, she is also involved as a partner in a research project (DATABEES), which aims to study the morphometric characterization of Apis mellifera populations. Currently she partecipates in DI.OL.” - Defense from harmful organisms in conventional and intensive olive crops”.
Professor Mazzeo is affiliated to several scientific societies, including: the Associazione Italiana per lo Studio degli Artropodi Sociali e Presociali  - Italian Section of the International Union for the Study of Social Insects (AISASP-IUSSI); Entomology Italian Society. She is a member of the Accademia dei Georgofili and a member of the Cutgana (University Center for the protection and management of natural environments and agro-ecosystems - University of Catania).

The results of scientific research conducted by prof. Mazzeo are reported in over 130 publications, mainly focusing on: