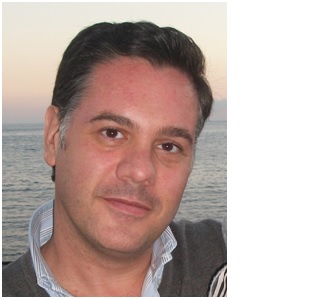 Alberto Continella, PhD, is Associated Professor of Arboriculture and Fruitculture at the Department of Agriculture. Food and Environment of Catania University since 2020.

In 1998 he graduated in Agricultural Science at Catania University with full marks and laude. From November 1998 to April 1999 he attended the course of Master of Science in Citriculture at the Universidad Politecnica of Valencia and he held the MSc title with a thesis on “Genetic transformation in citrus crop”. In 2002 he earned a phD in “Productivity of cultivated plants” at Catania University, and his research activity regarded the net shading influence on physiological and productive behaviour of citrus trees. He attained a Research Assistant position on the topic “Application of modern agro-biotechnologies on fruit tree crops” at Catania University from 2002 to 2006. Since November 2006 he is researcher at Catania University.

Since 2001 he has been teaching many subjects of his sector in the degree courses (first and second level) of Catania University. He also taught in several master. He has been member of the Organizing Committees of several National and International Congresses. He has been and is actually involved, as participant and/or scientific responsible, in several research projects concerning different aspects of fruit tree crops and supported by several Italian and foreign Institutions. He earned the "FFABR - Financing Fund of basic research activities" selected by the Italian National Agency for the Evaluation of the University and Research Systems in 2017. He is member of the teaching board of Doctorate in “Productivity of cultivated plants in Mediterranean environment” since 2009 and he has been supervisor of some phD students. He acts as a referee for several international scientific journals, also as member of editorial committees. He also acted as referee for Research Quality and for Project Evaluation at national level (VQR 2011-2014 and SIR 2014 calls). He has been invited speaker in some national and international congresses.

He has been elected member representing professors staff of the Academic Senate of the University of Catania (2016-2020). In 2010 he was appointed for three years to Director of the Experimental Field Station of Catania University, of which now he is member of the Management Board since 2013. Academic Correspondent of Accademia dei Georgofili of Florence since 2013, for which he has been invited speaker in some conferences. Delegate for Sicily of the fruit section of the Italian Society of Horticulture (SOI). Member of the scientific committee of the "Limone dell'Etna" association for the attainment of the PGI certification since 2014. Member of the technical-scientific commission for the conservation and valorisation of Sicilian plant biodiversity established by the Councilor for Agricultural and Food Resources of the Sicilian Region since 2011.

He published more than 100 items (books, journal papers, conference articles), 37 of which are indexed on Scopus. His main research activities regarded cultivar and rootstock evaluation in citrus, qualitative characterization and post-harvest management of Mediterranean fruit products such as citrus, pomegranate and prickly pear. He also studied the ecophysiology of some fruit trees in Mediterranean environment, evaluating some biotic and abiotic factors such as irrigation management or heat and light stresses. Investigation topics deemed finding, conservation, and valorisation of fruit crops biodiversity.