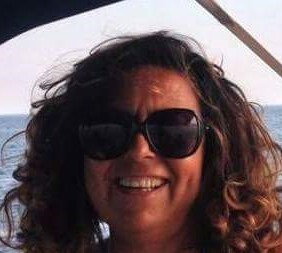 Dr. Antonella Pane graduated in Agricultural Science at the University of Catania in 1987. In 1991, she was granted with a 12 month fellowship funded by the Ministry of Health of the Sicilian Region and carried out a research project on "Strategies of biological and integrated pest control utilizing fungicide resistant enthomopathogenic fungi" at the Institute of Plant Pathology (University of Catania). From 1992 to 1993, with a MURST fellowship, she spent a period of 12 months at the Department of Life Sciences and at the Queens Medical Centre of the University of Nottingham (UK), studying the Invertase gene in Aspergillus nidulans. She became researcher (13/9/1995) at the Faculty of Agriculture, University of Catania. Teaching experience: 1993-1995, Elements of Microbiology; 1996-2001, Elements of Plant Pathology; 2004-2009, Phytopathological Mycology; and 2002-2007, Plant Pathology. She is currently Member of the  "Research Doctorates" board of the University of Palermo and University of Catania. She collaborates on projects funded by MURST. She has been and currently is scientific leader of projects funded by Region. She collaborates on projects funded by MURST (Ministry of University and Scientific and Technological Research). She has been scientific leader of a Research Unit in the coordinate research project funded by MURST on the "Diseases by soil-borne species of Phytophthora (2003-2005). Since 14/01/2005, she has been Associate Professor in Plant Pathology at the Faculty of Agricultural, University of Catania. From 2010 she teach Plant Pathology applied to the Environment, Pathology of ornamental and forestry plants and Forest Plant Pathology at the Faculty of Agriculture ( University of Catania). Affiliations: Italian Society of Plant Pathology, "Mediterranean Phytopathological Union," American Phytopathological Society.
Reviewer of scientific articles for the journal "Plant Disease". Working relationships: The James Hutton Institute; Plant Protection Institute, Centre for Agricultural Research, Hungarian Academy of Sciences, Hungary; Regione Sicilia, Dipartimento Regionale Azienda Foreste Demaniali, Assessorato delle Risorse Agricole e Alimentari VI servizio Assistenza tecnica in agricoltura e programmazione dei sistemi informativi distretto Etna, U.O. Soat di Giarre; Regione Sicilia, Dipartimento Regionale Azienda Foreste Demaniali Assessorato delle Risorse Agricole e Alimentari, servizio VII Fitosanitario e Forestale; Università di Sassari; Università Mediterranea di Reggio Calabria; Istituto Regionale per la Floricoltura, Sanremo.
Her research is mainly focused on Plant Pathology dealing with different aspects of the etiology and physiopathology of fungal diseases of agricultural, ornamental and forest plants. In particular, the morphological, biological and molecular identification and characterization of of Phytophthora species causing root rot of crop, ornamental and forestry plants and the development of diagnostic methods for the rapid and specific identification of the different species. The identification and sequencing of specific amplimers has allowed the preparation of molecular probes molecular probes that were used for the identification and characterization of isolates that had not been possible to classify according to conventional criteria and have been defined some controversial species. In this line of research are included some reports of new diseases or exotic pathogens found in Italy on Mediterranean plants and the description of new species. She is author of more than 120 papers on national and international journals and meetings.

- Physiopathology and etiology of fungal diseases of crop, ornamental and forest plants

- Development of molecular diagnostic methods for the identification of phytopathogenic fungi

- Diagnosis of plant diseases with microbiological and molecular methods

- Identification and  morphological, biological and molecular characterization of isolates of Phytophthora causal agents of  root rot of crop, ornamental and forest plants

- Studies on the aetiology of new diseases of crop, ornamental and forest plants, and new report of exotic pathogens