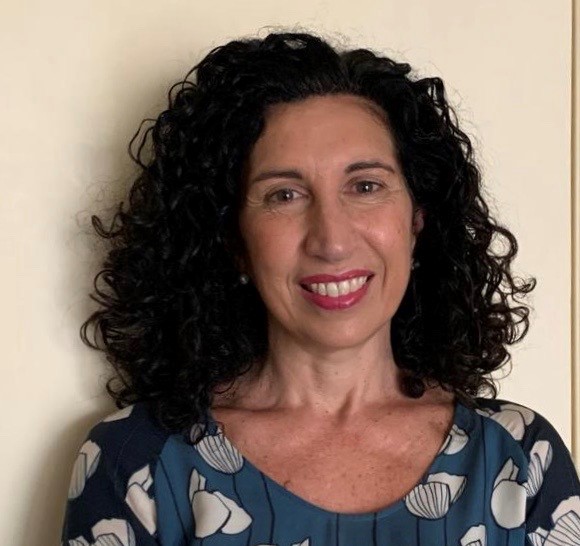 She is reference teacher to the degree course in Biotechnology and to the degree course in Agricultural Science and Technology. She participates to the International PhD course in Agricultural, Food and Environmental Science. He has served as referee for journals with high impact factor. She has been a member of the departmental committee for evaluating products to be submitted to the VQR 2004-2010, and was member of the departmental Group for the Management of Quality Assurance (GGAQR) - Presidium of the Quality of the University of Catania. She worked as an evaluator of research projects under the "Joint Projects - Notice of the University for the creation of collaborative research projects without foreclosures of industry and subject area" - University of Verona. She worked as scientific and cultural adviser being a member of the Scientific Committee of the Create project aimed to increase the qualified training offer and addressed to college students, as part of the memorandum of understanding signed between the University of Catania and the University College Arces (third mission activity). She is a member of the"Agriunitech"  spin-off of the Department of Agriculture, Food and Environment of the University of Catania. She is member of the Presidium of the Quality of the University of Catania (december 2018 -december 2022). She is member of the directive commitee of the National Society of Plant genetics (September 2019 - September 2021). In September 2020, she was included in the "List of eligible GEV candidates" for the 2015-2019 VQR. She was admitted to the "List of experts for the evaluation of proposals relating to the additional PhD scholarships envisaged under the National Operational Research and Innovation Program 2014-2020 and the Research and Innovation "Stralcio" Plan 2015-2017.In December 2021, she was included in the Register of Evaluation Experts (AVA) (Disciplinary Profile). She i member of “Epigenetic Mechanisms of Crop Adaptation to Climate Change” (EPI-CATCH) (CA19125) COST Action.

The research interests of Prof. Angela Roberta Lo Piero concern the isolation of pulp blood orange genes that encode enzymes implicated in the biosynthesis of anthocyanins. In addition, particular attention has been paid towards the study of the mechanisms of regulation of these genes, both at the transcriptional and post-translational levels. In particular, it has been evaluated the overall effect of low temperature on the transcriptional activity of the fruits of pigmented orange through the construction and analysis of a subtractive library containing genes specifically expressed in conditions of cold storage. The same experimental approach has been applied in the identification of genes specifically expressed under stress induced by heavy metals in the fungus Trichoderma harzianum (2010-2012). The comparative transcriptome analysis performed on Citrus sinensis and Trichoderma harzianum has allowed the deposit in the Genbank database of total 272 ESTs, many of them with annotation. The analysis of the biosynthetic pathway of anthocyanin pigments during the development and the growth of plants as well as the influence of water stress has also considered in various crops of high agronomic interest such as grape (2010-2011) and several pigmented varieties belonging to the family of Brassicaceae (2012). In addition, Prof. Lo Piero dealt with the isolation of genes encoding two isoforms of glutathione transferase involved in the mechanism of response to biotic and abiotic stress. Their biochemical characterization has revealed different catalytic efficiencies, which led to the engineering, through techniques of site-directed mutagenesis, of new enzymatic forms that are shown to be more effective in detoxification processes by dangerous pollutants environmental. The genes and their mutated forms have been inserted into the genome of tobacco plants by transformation with Agrobacterium tumafaciens under the control of the CaMV 35S promoter.
The analysis on the transformed plants are directed to the identification of mutants tolerant to sub-lethal doses of herbicides, to various other forms of abiotic stress, and, resistant to pathogenic organisms (2011-2014). The scientific work of Dr. Lo Piero has also concerned the study of the sexual incompatibility occurring in Citrus clementine Hort. Ex Tan through the analysis of comparative transcriptomics using stylar channels of two genotypes differing in response to the incompatibility ("Comune", self-incompatible   variety, and "Monreal", self-compatible variety). Within the project "Agronomic innovations and plant pathology for the containment of the virus of the Tristeza citrus and the renewal of Sicilian citrus coltivation" (2011-2013) the research of Prof. Lo Piero regarded the development of biomolecular markers determining the scion / rootstock affinity in vitro unions of calli belonging to different species of the Citrus genus. She is head of the PRIN 2017 project Researchl Unit of the University of Catania entitled   "Influence of Agro-climatic conDitions on the microbiome and genetic expression of grApevines for the Production of red wines: a mulTisciplinary approach" - ADAPT - (2019-2022). She is responsible for the OR 3.3 and 3.4 OR 3.3 - Trascrittoma di specie/varietà del genere Citrus trattate con preparati microbici e inoculate con P.  tracheiphilus. OR 3.4- Comparazione dell'epigenoma di differenti somacloni di limone trattati con preparati microbici) del WP 3 - Individuazione dei loci fonte di resistenza genetica al mal secco, nell’ambito del progetto “Sviluppo di Induttori di Resistenza a Patogeni vascolari degli Agrumi” (S.I.R.P.A.), PON FERS Sicilia 2014-2020 Asse 1, Misura 1.1.5, (2019-2022, duration 30 months). She is also responsible for activity 2.1.5 - Analisi trascrittomica ed epigenomica per la produzione ed etichettatura di colture tolleranti lo stress idrico attraverso la metodologia a basso impatto ambientale del “priming” as part of the PON "WATER4AGRIFOOD" project ( 2020-2023, duration 30 months).