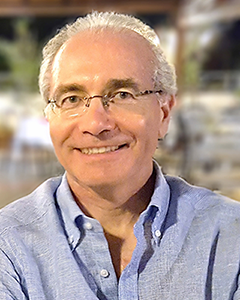 His research activity has been developed from 1986, firstly at the Agricultural Entomology Institute and then at the Department of agriculture, food and environment (Di3A) (formerly Department of phytosanitary science and technology and Department of Agri-food and Environmental Systems Management) at the University of Catania in Italy.

After a first period of studies dedicated to the taxonomy and biology of hymenopteran parasitoids of agricultural and forest interest, he has gained more than thirty-year’ experience in basic and applied research on sustainable control strategies of insect pests of economic importance in Italy, with special reference to citrus and protected crops.

From 1992, he operates actively within the IOBC/wprs Working Groups on “Integrated Control of Citrus Fruit Pests” and more recently on “Integrated Control in Protected Crops-Mediterranean Climate”; he was also charged as local organizer of the meeting of the WG on Citrus IPM that was held in Catania (Italy) in November 2007.

His research interest mainly focused on the following topics: