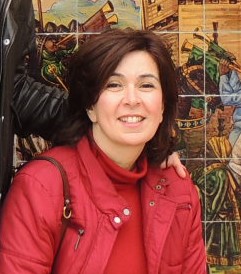 Since 2016 is part of the board of the Doctoral School in "Biotechnology."

Since October 2018 she is Commissioner for National Scientific Qualification for the competition sector 07 / G1-Animal Sciences and Technologies for the 2018/2020 session.

Since November 2018 she is a member of the Di3A Student Teachers Joint Commission.

Since 1995, she has carried out research in the field of biotechnology applied to animal genetics and molecular characterization of the biodiversity of livestock species, also by implementing the proteomic approach. In particular, the study explored the major milk proteins loci in bovine, caprine and donkey species. She led the genetic characterization of livestock breeds and populations of interest (bovine, caprine, equine and asinine) using microsatellite markers, in order to assess the genetic variability and assist the selection. She used SNPs markers, especially in sheep and goats, in order to assess the genetic variability, improve and trace the livestock production. She characterized the protein fraction of non bovine milk (goat and donkey in particular), also using proteomic techniques, in order to detect protein polymorphism that may be associated with hypoallergenic properties. She recently gained experience in the sequencing of the protein loci and mtDNA, in order to obtain information about the origin of breeds and horse populations of Sicily.
She was supervisor of several Master students’ thesis and tutor of several PhD students. She frequently was part of the committee in the final examination of PhD students, in Italy and abroad.
She took part and takes part as a contributor or leader of research units in national or European research projects. With reference to the research projects for the caprine species, she took part in the European project Econogene "Sustainable conservation of animal genetic resources in marginal rural areas: integrating molecular genetics, socio-economics and Geostatistical approaches" and the National Research Project POM A/03 (2000 ) " Exploitation of cheese products from Southern Italy through the investigation of those factors affected their specificity."