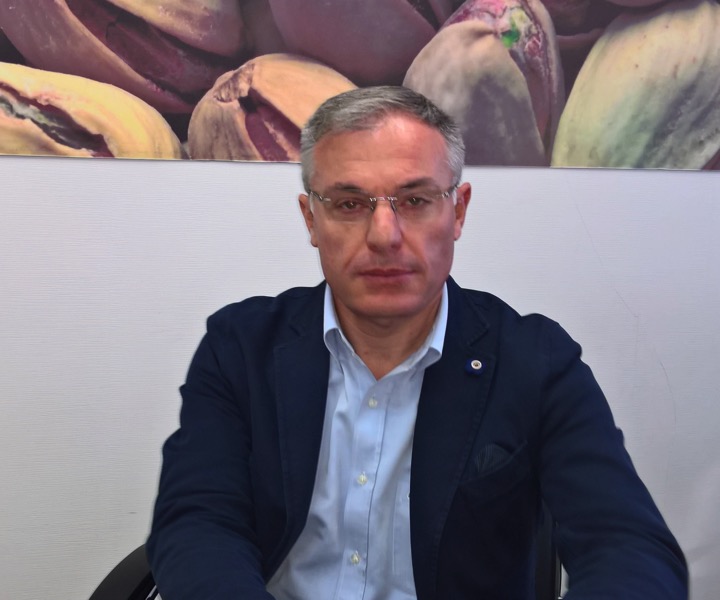 Prof. Biagio Fallico is full professor in Food Science and Tech.. He is employed, since 1994, at the University of Catania, where gives lectures of: Quality and Safety Management in Food Industry; Food Technology; Food Analysis and Food Formulation for graduating students in Food Sci. & Tech. His research activities have concerned mostly: products quality, quantitative risk analyses, both for pesticides and food additives; the organisation of food control and inspection system in Italy; the legislation in some food chains.

Prof. Fallico is author of more than 160 published papers of which: 65 in peer reviewed and professional journals; 2 chapters of book and more than 30 conference papers; 19 abstracts; 5 guidelines for professionals. The results of his research have had a significant impact on the scientific community as proven by the numerous citations.

Member for the period 2017-2021, as a FAO expert, of the international commission JECFA - Joint (FAO/WHO) Expert Committee on Food Additives)

Prof. Fallico, with the support of the European Union, TMR projects, spent one year (February 1998 – March 1999) as postdoc, at the Food Science Department of the University of Reading (UK), under the supervision of Prof. Jennifer M. Ames, in order to study the biochemistry of Maillard’s reaction.

Prof Biagio Fallico spent three months (August –November 2002) as postdoc at the School of Food Bioscience of the University of Reading (UK) under the supervision of Dr David Jukes. This time he had the possibility to understand the basic rules of food legislation and the role of International Bodies. In particular he studied the principles in developing new food standards paying attention to International agreement, particularly to SPS-Agreement, and to the role of risk analysis process.

-          Since academic year 2000/01. Quality and Safety Management in the Food Industry, 6 credits. Postgraduate students in Food Science and Technology at the University of Catania.

Since 2002, Prof. Fallico has developed projects at the University of Catania related to risk assessment and the impact of food regulation on food chains and food companies.

From 2006 to 2011, starting from their own studies on the characterisation and stability of blood oranges and their juice, and given the success of and the drive for the consumption of these products, Professor Biagio Fallico acting as coordinator and risk assessors, in collaboration with staff of the Italian Ministry of Agriculture and Forestry and a company leader in the citrus sector, has undertaken a number of projects aimed at the following:

- Assessing the risk of pesticide intake from the consumption of blood oranges.

- This study has been continued through a survey of red juice–based drinks in Italy to assess consumer exposure to Allura Red from these beverages.

As coordinator of a project aimed at improving durum wheat semolina bread, a long-life (120 days) 'low sodium' product was formulated in accordance with EC Reg 1924/06 and considered very satisfactory by a panel of sensory analysts. The project included, through a survey in two big shopping centres (Rome, Catania), a survey of final consumers about the consumption of bread, its acceptability and the purchase price of the new formulation. Studies aimed at evaluating how consumption of this type of bread could effect a reduction in the daily intake of sodium are in progress.

As encouraged by European Union regulations, the process approach – even outside of the usual corporate spheres – has been demonstrated to be particularly effective. For example, participating in a three-year project (2003–2005), 'Prevenzione dei rischi da prodotti fitosanitari nel consumatore e negli operatori del settore agricolo' (Pesticides Risk Prevention for Consumers and Professionals Operators), sponsored and coordinated by the Local Health Unit of Catania, the process approach enabled the mapping and highlighting of the qualitative and quantitative flows related to the pesticides sold in the area.

In collaboration with staff of the Italian Ministry of Agriculture, Food and Forestry, studied the organisation of the Italian food control system, highlighting the specific ministries involved and their roles, the hierarchical structure and the involved departments, the lines of control between central and peripheral structures, the regulations and laws for on the assignment of roles and tasks, and the connection (or lack thereof) between the various involved agencies.

Between 2009 and 2011, he ran two studies, one on fresh-cut products and one on the fisheries sector, respectively. These papers reported the general and specific requirements to which business operators should refer.

During 2004 and 2006, as a result of numerous studies on monofloral honeys, prof Fallico pointed out that the European legislation for some types of honey could become unduly restrictive.

Professor Biagio Fallico is now well experienced in the recognition and evaluation of new molecules formed in foods after heat treatment and/or storage.

He assessed the content of hydroxymethylfurfural (HMF) in various foods, such as orange juice, monofloral honeys and nuts. He showed that the final level of HMF quite often depends not only on the process conditions and on the storage temperature, but also even on the composition of the foods themselves and the balance between formation and degradation reactions.

In recent years, has extended his interest in the Maillard reaction to other highly reactive molecules: 1,2-dicarbonyl compounds (3-deossiglucosone (3-DG), methylglyoxal (MGO) and glyoxal (GO)). In particular, he performed a survey of these products in monofloral honeys, also investigating their kinetic aspects. Studies are in progress aimed at evaluating the content of the dicarbonyl compounds mentioned above in red juice–based drinks and bread made with durum wheat semolina.

Moreover, in collaboration with microbiologists, he completed a study that showed that the nutrient broth used in microbiological assays could affect the measurement of the antimicrobial activity of dicarbonyl.

Through the development of models and the use of chemical indices and non-destructive analytical techniques, and comparing the results with those of sensory analysis, he has estimated the shelf life of various food products.

He also investigated the composition of pistachio seeds and other foods of plant origin.

He is on the list of the evaluators of research projects of the Ministero dell’Istruzione e della Ricerca (MIUR), where he evaluated some projects for the call 'Futuro in Ricerca'.

He has participated in admission and final evaluation of the PhD in Food and Technology since it was established at the University of Catania, where he has been a tutor to four students.

He has been a tutor to more than 50 graduate students for their final dissertation and other undergraduates in Food Science and Technology at the university of Catania.

He was part of the organising committee of the master's degree in Integrated Management of Safety and Quality of the Food System, first and second edition, instituted at the University of Catania in the academic years 2012/13 and 2013/14. Moreover, he has taken part in both admission and final evaluation. During the first edition, he was tutor to 9 of the 19 students.

Professional experience in a multidisciplinary environment

In 2002, during time spent at the School of Food Biosciences, University of Reading, Prof. Fallico had the opportunity to study the file related to the use of hormones in meat. As well as different approaches and interests, he observed the role of international bodies and rules, and the scientific literature (medical, consumer safety, production and risk assessment).

In 2009, in collaboration with Professor Turgut Cabaroglu (Department of Food Engineering, Cukurova University, Adana, Turkey), he studied the effect of sulphiting on physicochemical characteristics and aroma compounds of a new Turkish variety of dried apricots.